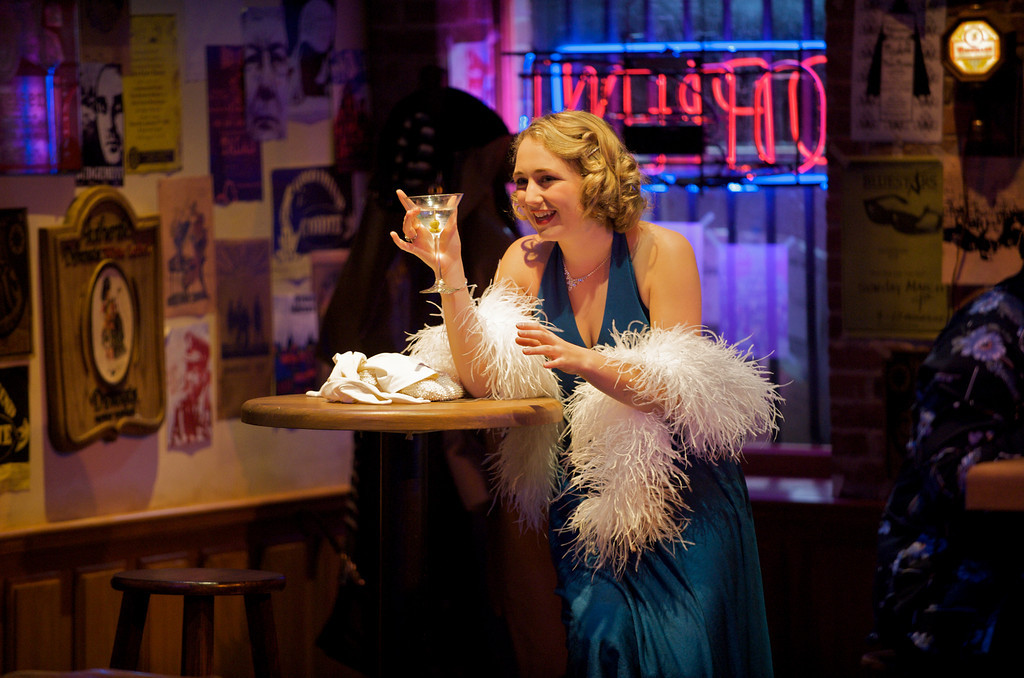 As part of the Department of Theatre’s Studio Series, we are pleased to present an evening of four “tiny new plays,” short twenty-minute or less works-in-progress written and directed by students in the Class of 2010: Jesse Gordon, Eva Flamm, Amanda O’Connor, and David Blitzer.

Written by Robert Patrick and Directed by David Eppel

Five people in a New York bar on Valentine’s Day, 1974, think about their lives in the 1960s which brought them to their point of paralysis and stagnation. An insightful look at the convulsions of the post-summer of love era and its consequences for the decades to come.

Company, first produced in 1970, was acknowledged to be a new model for musical theatre quite unlike the conventional book musical. It is a theatrical montage, which attempts to explore the inner worlds of memory and desire by mobilizing well known musical forms—jazz, lyrical ballads, marches, comic vamps, and patter songs—often in ironic confrontation with the show’s characters and their urbane, witty and ambiguous lyrics. Company won six Tony Awards, and it remains one of Sondheim’s most beloved and most frequently produced works