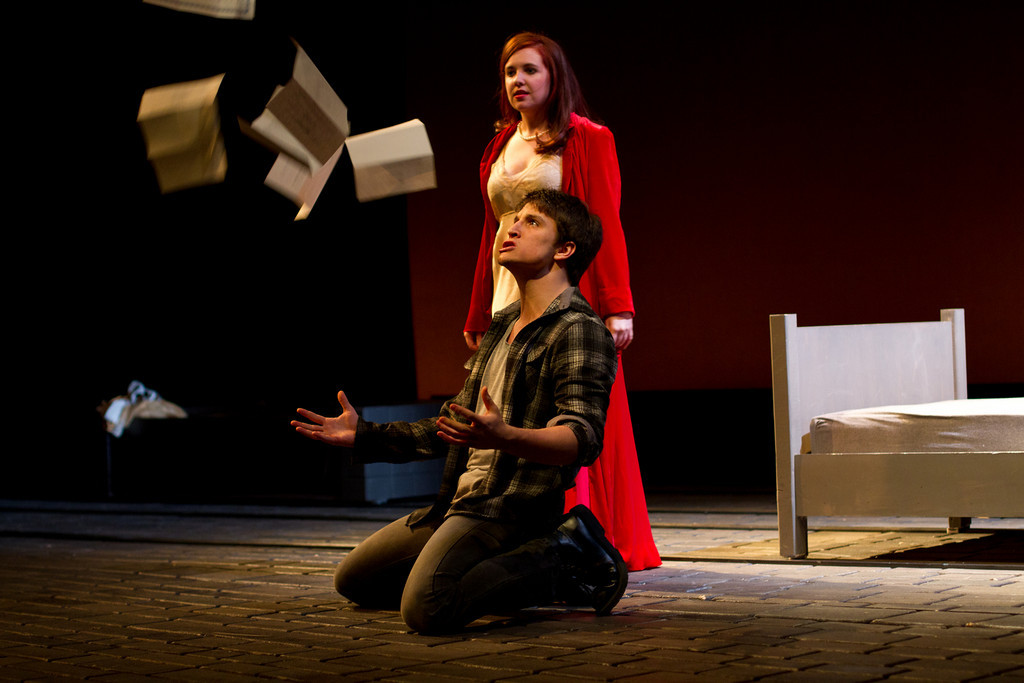 On Friday September 17th and Saturday September 18th at 8PM the WILLIAMS COLLEGE SUMMER THEATRE LAB will present Tom Stoppard’s The Real Inspector Hound in the CenterStage Theatre of the 62 Center for Theatre and Dance. This one-act play in which two theater critics find themselves caught up in events that parallel the murder mystery they are there to review, was originally presented in August as part of the Lab’s 2010 season. It features alumni guest artists Kevin O’Rourke ’78, Michael Winther ’85, and undergraduate members of the 2010 Lab company. The production was directed by Mr. O’Rourke, with a set designed by Kate Foster, class of 2008.

By Euripides, Directed by Jean-Bernard Bucky and Erica Dankmeyer

Euripides’ The Trojan Women is a powerful, wrenching examination of the aftermath of war: widows and children are confronted by their new (male) masters. The play’s tragic images remain painfully contemporary, more than 2000 years later, as each successive generation experiences the horror and devastation of war. Murder, rape, and cold barbarism test the female survivors of the Trojan War, and it is the enduring female voice that overwhelmingly drives the play. The production will be co-directed by Jean-Bernard Bucky and Erica Dankmeyer in an unusual dramatic fusion of theatre and dance, with an original musical score written by Daniel Kohane ‘12.

Dialogue ONE Festival 2010 on Stand-up Comedy

Dialogue ONE is an international theatre festival of solo performances. This year, solo artists will develop unique comedic voices and explore the performance genre of stand-up. Students are invited to share some story, discovery, or reflection.

Jacques Brel is Alive and Well & Living in Paris

Based on Jacques Brel’s lyrics and commentary

The follies, the wonder and the pain of love, the tragedy and catastrophe of war, and the ultimate triumph of the human spirit in the face of sometimes almost impossible adversity, are presented in this seamless and moving musical. Jacques Brel’s music sings to the very heart of humanity. In this production, six multi-talented student performers, under the baton of their musical director colleague, will touch your hearts and your souls. Listen to the dreams of JACKY, the desolation of MARIEKE, the loss and pain of FANETTE, the inevitability of OLD FOLKS. Watch as we satisfy our bloodlust in THE BULLS or mourn unutterable waste of lives in SONS OF… These and many other songs will lift your spirits and touch your senses.

A public performance by students in Acting I is based on Shakespeare’s Hamlet. Students will explore the power of public presence by interpreting text using their talent, sensitivity, body language, and imagination.

Professor Omar Sangare reimagines Tennessee Williams’ classic American play. A Streetcar Named Desire forces us to confront some of the most difficult themes in our lives; dreams, nightmares, illusions, gender dynamics, betrayal, rape, sexuality, and the ever elusive American Dream. Professor Sangare leads a dynamic ensemble of students and faculty, shining a spotlight on the essence of Williams’ characters through a distinctive and original set of performances.

Each student will prepare an individual piece that is one minute in length, in any genre of artistic expression. These may include engaging, shocking or funny one-minute sketches. The possibilities are vast and originality is expected.

In a celebration of Williams creativity, a company of student and faculty artists will produce and present a selection of original work emanating from last spring’s playwriting course. Come see what the present generation of Williams students can create in the Directing Studio—from initial thought to finished performance.

Berries of Wrath
By Mike Leon
Directed by Chris Fox

Blast Radius, or, Rachel and the Salt Pillars
By Chloe Brown
Directed by Noah Schecthter ’12

Cat on the Verge of Defeat: A Perfect Fire; Third One-Page Play yet to be Written
By Mike Leon and Casey York ’10
Directed by Robert Baker-White

Honors Projects are for theatre majors who have been admitted into the Honors Program. Honors Projects may be artistic or scholarly in design and execution, and they grow from each student’s experience within curricular and extra-curricular offerings in the department. These projects build on previous academic achievements or venture into new territory, depending on the needs and goals set forth in mentorship with the theatre faculty.

Please visit the Covid-19 website for the latest information, including details about vaccination, testing and mask requirements, and travel.