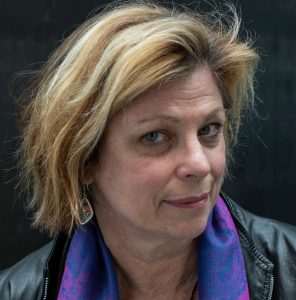 Costume Director and Lecturer in Theatre

Project: Costume-Design, Performance, and Beyond (not offered 2022/23)

New Orleans as Muse: Literature, Music, Art, Film and Theatre in the City (not offered 2022/23)

Since 1985, Brothers has served Williams as Costume Designer and Lecturer in Theatre. She has designed costumes for the Williamstown Theatre Festival, Shakespeare and Company, Calliope Theatre and dance costumes for Reeves & Jones Company in New York. Her designs for the Bigger Lights Theatre were seen at the 1996 Edinburgh Fringe Festival. Brothers has designed costumes for Stage One, Berkeley Repertory Theatre, The Magic Theatre; and has guest designed at Skidmore College and Bucknell University. She received the Bay Area Theatre Critics Award and Dramalogue Award for her Tonight at 8:30 (Coward) costume designs for the Berkeley Repertory Theatre. She is working on a video project about the parading and costuming traditions of the New Orleans Mardi Gras. She has begun creating an installation piece about grief called “Heaven & Earth.”