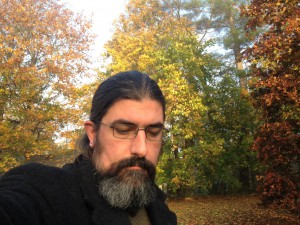 Worldbuilding: Design for the Theater (not offered 2020/20)

A Room that Pretends to be Another Room: Scenography in Theory and Practice (not offered 2020/20)

David Evans Morris makes original performance work and scenographic environments for the theater.  He works regularly with playwright/director Young Jean Lee (scenic design for STRAIGHT WHITE MEN, UNTITLED FEMINIST SHOW, LEAR and THE SHIPMENT), Taylor Mac, Clubbed Thumb (Affiliated Artist) and Target Margin Theater.  He co-conceived and designed scenery for ORPHEUS, an alt-rock opera directed by Kristin Marting and based on the Classical myth, whose design was included in the U.S. exhibition at the 2007 Prague Quadrennial.  Also with Ms. Marting: ERENDIRA, DEAD TECH, and POSSESSED.  With Les Freres Corbusier (Associate Artist) he co-created and designed the Off-Broadway hit about urban planning, BOOZY: THE LIFE, DEATH, AND SUBSEQUENT VILIFICATION OF LE CORBUSIER AND, MORE IMPORTANTLY, ROBERT MOSES, and designed scenery for the Obie-winning A VERY MERRY UNAUTHORIZED CHILDREN’S SCIENTOLOGY PAGEANT, THE FRANKLIN THESIS and PRESIDENT HARDING IS A ROCK STAR. David has received a Princess Grace Fellowship, a Hewes nomination, and is a two-time member of the HERE Artist Residency Program where he has been developing EXERCISES FOR THE BODY POLITIC, an ongoing series of theatrical events about American civic life.

In response to COVID-19, activities and programs at Williams are canceled or postponed until further notice. See information and updates on Williams COVID-19 response.